Podcast: Electric assets and a changing grid – what does it all mean?

Since the history of time, we’ve had a relatively static electricity demand. And we’ve matched generation to meet that.

However, things are changing. With the strive towards net zero, a growth in renewables and a surge in electricity demand, we’re going to have to operate in the opposite way, matching demand to meet generation.

Jake Miller, Electric Assets Lead, recently joined Sumit Bose of Future Net Zero on their Net Hero podcast. They explored the imminent changes for the UK energy grid, and how electric assets can help organisations benefit from changing how they consume electricity.

Listen to the podcast on all major platforms or carry on reading for our highlights. 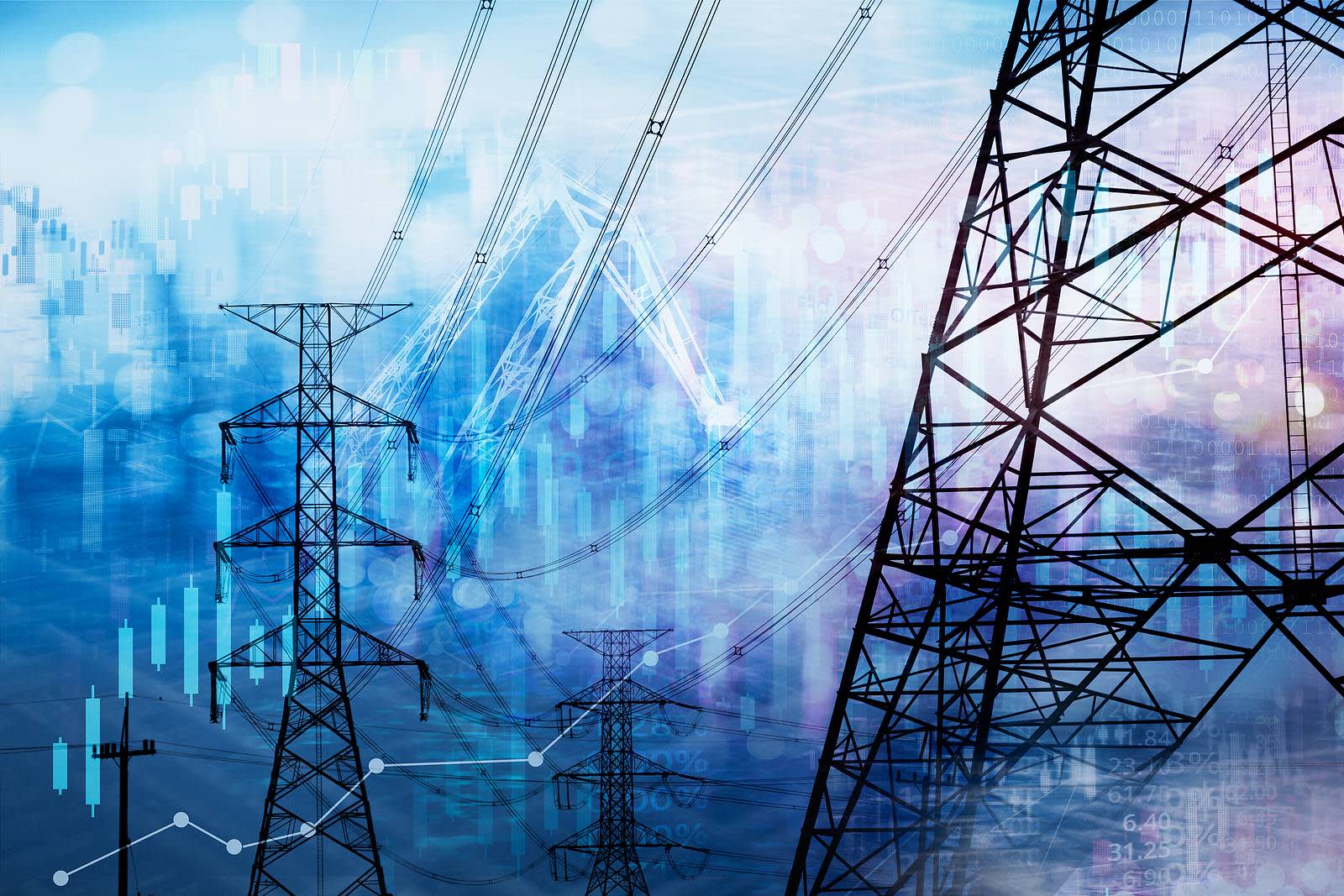 For an organisation to start benefiting from flexibility, they must first understand what an electric asset is.

“In its simplest sense, an electric asset is something uses electricity and can be turned up, down, on or off” explains Jake.

“An example I like to use quite often is commercial refrigeration where you have a warehouse that is cold storage. You’ve got fans keeping it cold all day that can probably be turned down for half an hour or an hour and the stock within that refrigeration won’t go off because you’re still within the temperature bounds.

“You can potentially turn down up to a megawatt of power depending on the size of the fridge. And that can be quite lucrative for businesses.”

Read more about 7 flexible electric assets you might have in your organisation.

Why do we want to optimise electric assets?

What’s in it for you as an organisation? As Jake says, “the most pertinent point this winter, especially with bills as they are, is that it can help businesses and eventually domestic users to reduce their bills.

“The way that electricity works in the UK is that there’s a different price for every half hour. The ability to find when those really high prices are coming, or indeed those really low prices to enable you to charge your electric vehicle (EV) at a cheaper time and discharge it at a more expensive time – that’s probably the biggest driver.”

But Jake goes on to share that the most interesting part of it for him, is the enabler of a future energy grid that allows us to reach net zero.

“We’re replacing an energy grid that’s been mostly stocked by fossil fuels that are reliable and give you electricity when you want them to but have the downside of being very bad for the environment.

“And we’re replacing that with intermittent generation from wind and solar. It means that we’ve lost that reliability and we’ve lost that baseload generation. And so, you need to find innovative solutions to either reduce the peak of the demand or to also increase the usage of demand side users to take power when there’s an abundance of wind, for example.

Being part of that is a really key part of why we’re trying to do this as well.”

How would you go about understanding what an electric asset is, and how you can exploit it?

Jake explains the first thing to really understand as an organisation looking to explore flexibility and electric assets is to find out where most of your electricity use is coming from. Is it one large asset, or a combination of small things that make up a process?

“We’re trying to find the inherent flexibility within those processes.

“It’s about finding the edge cases: does this room need to be as cold as we’ve got it tuned to? Does this process have to run 24 hours a day? It’s really understanding how your site works and then fine tuning and finding efficiencies in that process.”

What sectors does energy flexibility apply to?

Demand Side Response (DSR) isn’t brand new. It’s been happening in the industrial space for over a decade. But we’re now at a stage where we’re seeing this worked into the smaller businesses such as schools and offices.

“The enablement of that comes from the control of things like HVACs air conditioning in your office. And also, when the people who go to their offices are converting their car from petrol car or a diesel car to an electric vehicle and so you need charge points.

“We’re going to world where a lot of this stuff exists at the moment. It’s been thought of as an industrial and commercial product to date, but as we progress on this journey to net zero more and more businesses become attracted to schemes like this.” says Jake.

Jake states that the enablement of a grid comes from the decarbonisation of various industries, with the two main ones being transport and heat.

The transition of petrol and diesel cars to electric requires charge point infrastructure. And the decarbonisation of heat requires electric heat pumps.

“Both of those do two things to the grid:” says Jake.

“One is that they massively increase the amount of electricity that’s required. In almost every future energy scenario that National Grid published by 2050 we’re almost doubling the amount of electricity demand that’s on the grid. That comes with a problem – one of the solutions is that by connecting these electric assets – heat pumps and ev chargers – you’re just installing inherent flexibility. So, customers that are decarbonising away from their energy usage can help in this flexibility journey via the control of those EV charge points and heat pumps.

“The second point is that the grid itself to decarbonise needs to replace fossil fuels and the inherent flexibility that comes from them.

“The grid itself needs to have sources of flexibility that can’t come from the traditional ways of doing it. You can’t just go and build a brand new gas power station, you can’t build new coal power stations and so it has to come from flexibility on the demand side.

That can be via large batteries installed on the grid scale, but a percentage of it is going to have to come from businesses being flexible themselves.”

Jake explains that it’s a macro effect. “The customer themselves won’t be able to report on Scope emissions because we’re already supplying them 100% renewable power but they can enable the grid itself – and you have to take a high level view of it – to be able to meet the net zero aims of the country.”

You can listen to the full podcast below:


Drax can support you in identifying flexibility opportunities in your electric assets. Get in touch to find out how. 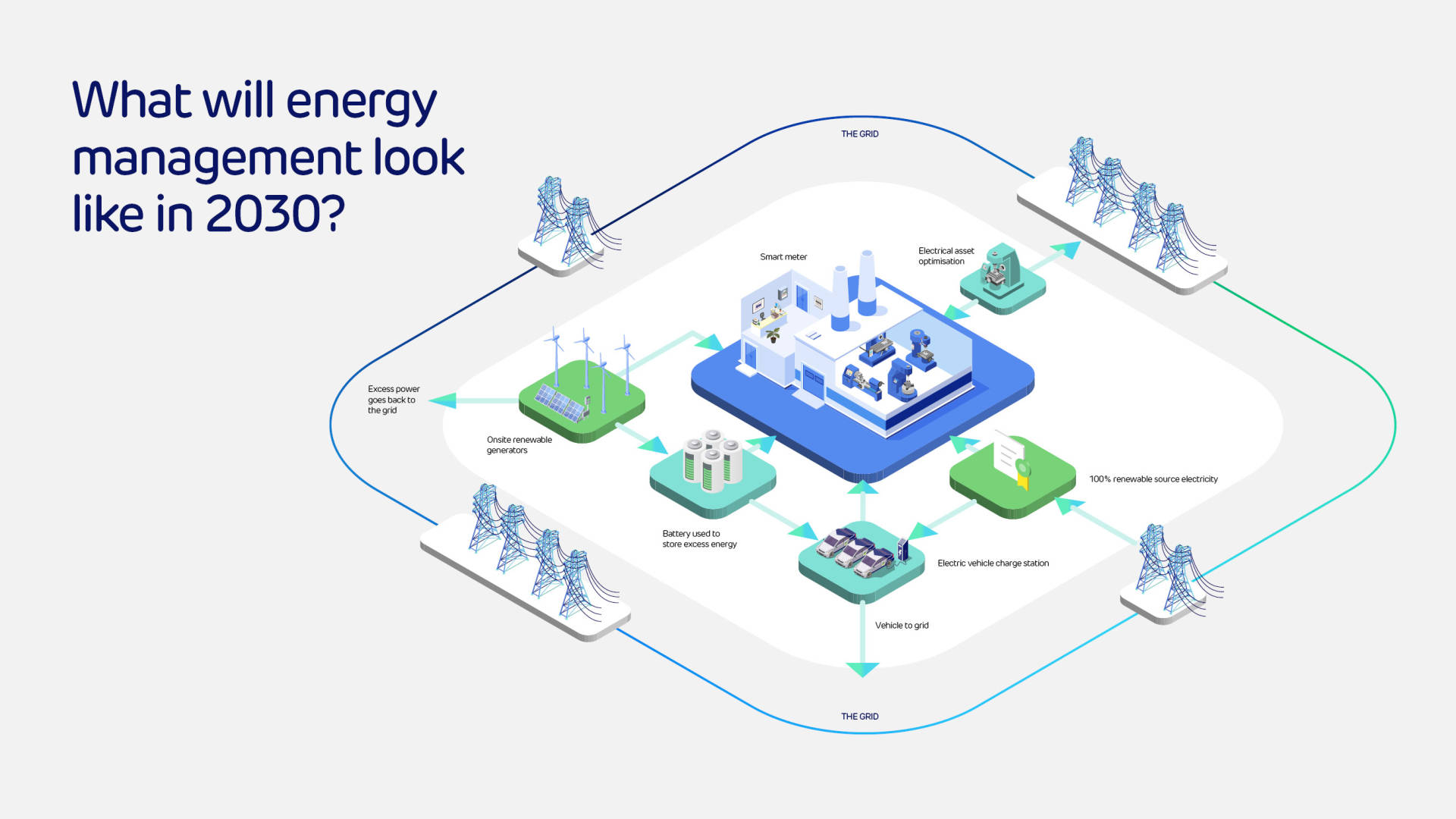 The way we’re using electricity is changing. Decarbonisation of heat and power and an increase in electricity consumption means greater dependence on intermittent renewable... 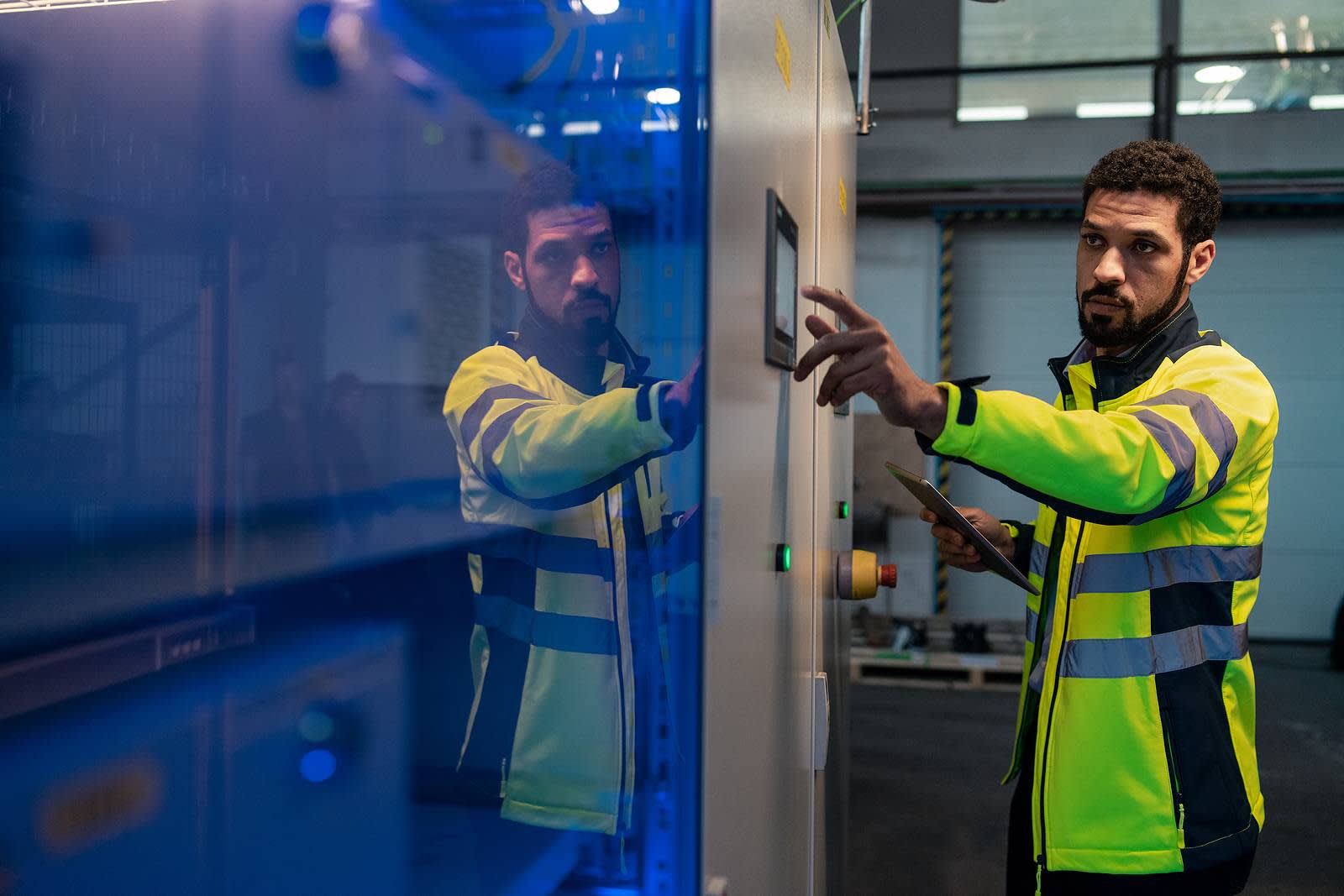 Flexible electricity: get the power of control

As demand side flexibility for electricity moves beyond theory and into practice in the UK, how can we make it happen more quickly? 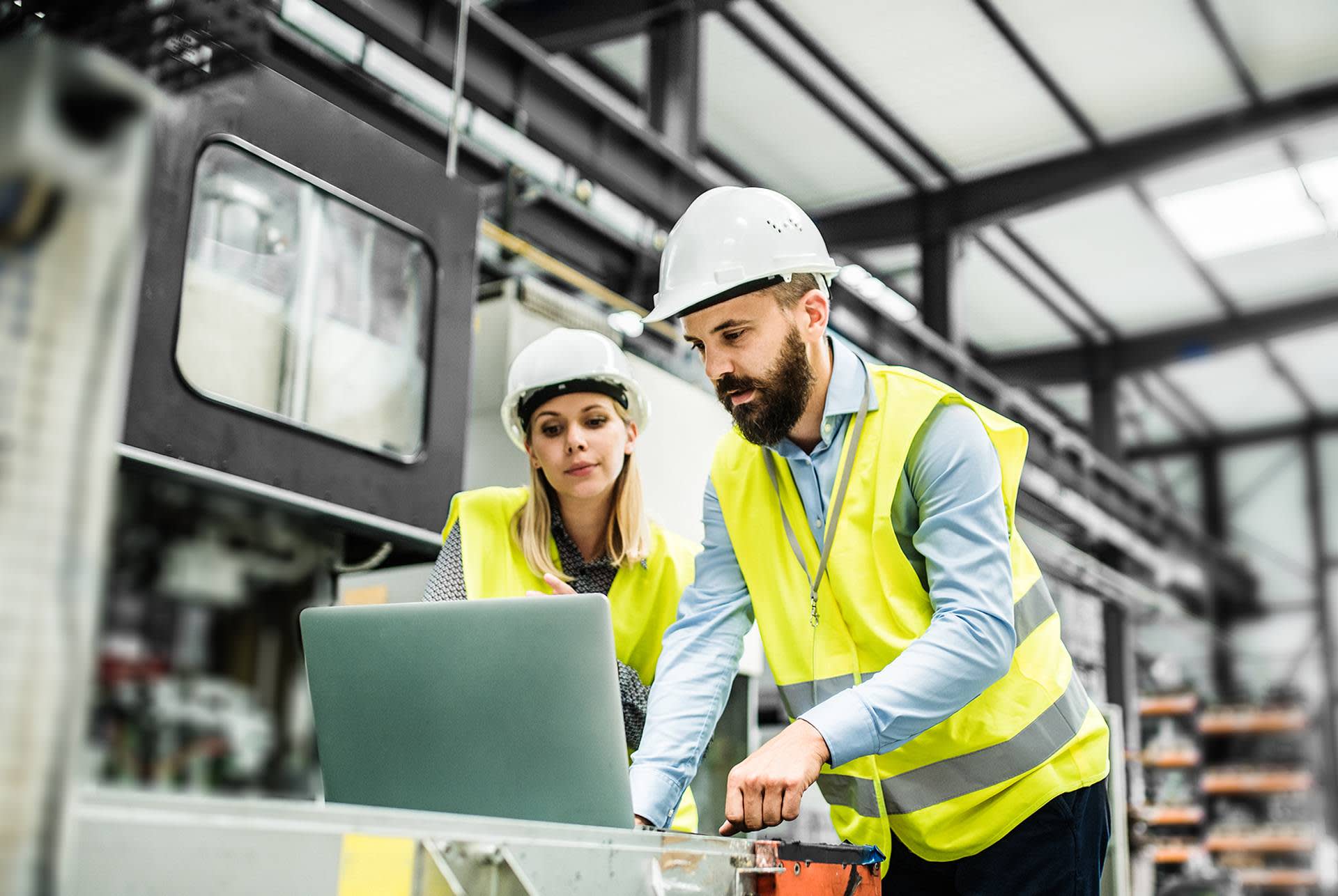 Use flexible energy consumption to your advantage

The UK's energy mix is transforming. 2020 was a record-breaking year for renewables, with 2021 following closely, and progress hasn’t stopped there. The latest...