Insights / We cut energy output in our Ipswich office by 29%

We cut energy output in our Ipswich office by 29%

We believe that being efficient has big benefits for businesses. Organisations that reduce their consumption can become both more sustainable and more successful – and play their part in reducing the planet’s carbon emissions. 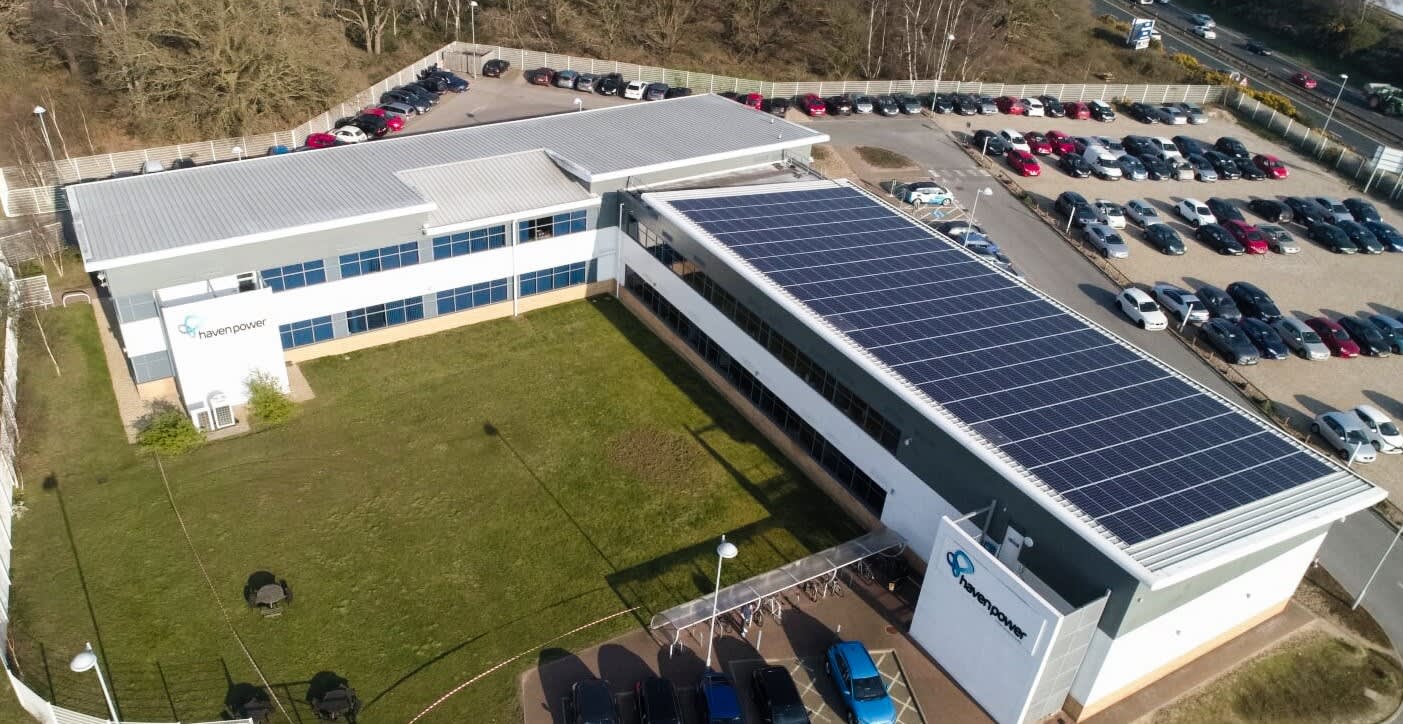 We also know that seeing is believing and that sustainability begins at home. So, what better way to show the benefits of sustainable action – such as carbon cutting and cost savings – than by ‘walking the talk’ at one of our own offices?

In 2019, we wanted to improve energy efficiency at our Ipswich office by at least 25%.

As well as achieving a huge reduction in consumption, we wanted to make sure the energy we used was cleaner. That meant incurring fewer carbon emissions throughout our operations.

Of course, such a goal had to make business sense, be cost efficient and show a good return on investment too.

The Drax Electric Assets (EA) team – specialists in helping customers optimise their power-intensive machinery and other assets – took on the challenge at our own offices in Ipswich. Members of the team applied the same skills and processes that they know work on a customer’s site. By analysing business operations, they aimed to find smart ways to save energy, clean-up usage, and discover if those changes also created opportunities for making money.

The plan for our Ipswich office revolved around four core initiatives:

Read on to discover how the team put each initiative into action.

Talking about our generation

We installed photovoltaic (PV – i.e. solar) generation technology on the building’s south-facing roof, to power it – and reduce demand on the Grid – when consumption costs are highest. Thanks to our awareness of the energy industry, we were able to commission the installation work in time to be eligible for the Feed-in-Tariff (FiT) scheme. Although this scheme is now closed to new generators, the team can still help customers find the onsite generation solution(s) that best suit(s) their needs.

As the Ipswich office is rented, the team decided to install a semi-permanent 80kWh battery storage unit outside, housed within a transportable container. The facility can store the total amount that the solar panels can generate during peak periods.

The office uses electricity from the solar array and, in sunny periods when generation levels are higher than consumption, the battery stores the excess power. The office can then draw upon this at other times, including when Grid costs are high, or export the saved energy back to the Grid to earn additional income.

In the know, with the DNO

When planning the installation, the team worked closely with the local Distribution Network Operator (DNO). Initially, the DNO advised that an overload on one of the phases at the nearest sub-station made it impossible for the office to export its excess generated energy. To get around the issue, the team worked with the equipment suppliers to redesign and install an export limitation device on the battery and solar array.

The DNO approved the re-design and the team continued to liaise with the operator over the following months as the project continued. Thanks to this close working relationship with the DNO, the team learned about a sub-station upgrade that meant we could rework the installation design and remove the export limitation device. This allowed the team to achieve the project’s goals and successfully deliver the office’s excess generation back to the Grid.

Using the onsite solar and battery to cut costs

Generating and storing your own energy has obvious cost-saving implications. Even so, our team likes to go one step further – as it does with our customers – and analyse the energy usage patterns to find more ways to lower costs. At Ipswich, the solar array and battery storage arrangement gave the office unprecedented control over energy usage, allowing the team to get tactical with our power management.

The newly installed battery was programmed to discharge stored energy to the building between 4.00pm and 7.00pm each weekday. This is when energy consumption costs are highest, since demand on the Grid reaches a peak. We also made sure that the battery had the capability to trigger and avoid the Triads. These are the three half-hour periods, between November and February, with the highest demand on Great Britain’s electricity transmission system.

Coinciding off-Grid consumption from a battery with these forecasted periods (that attract energy price fluctuations) can help any business reduce its Grid consumption and costs. Ipswich was no exception and, as a bonus, the battery also helps make sure the office can continue operating in the event of a power cut.

Lighting the way with LEDs

The team’s review of power usage identified that lighting was one of the Ipswich office’s highest costs – something that’s true for most businesses with an office footprint.

The team organised for the installation of low power light-emitting diodes (LEDs) to replace the building’s traditional halogen fittings. These LEDs use approximately one third of the energy per bulb for the same light output and so deliver an immediate and significant reduction in electricity consumption.

Life in the fast lane

Encouraging the uptake of EVs

Looking beyond the inside of the building, the team saw that changing the office’s pool car (that ran on traditional fuel) for a more sustainable vehicle would also be beneficial. The company agreed to upgrade the car to a new BMW i3 electric vehicle (EV) and to install four dedicated EV-only bays with charge points in the office car park.

As well as being used by colleagues driving the shared EV, these charge points can now be used by employees with their own EV – as well as by visitors – at no cost. By connecting these charge points to the building’s solar supply, we guarantee a truly carbon neutral charging infrastructure.

There’s a huge amount of choice for EV installation and connection partners, so the team worked hard to find the most efficient and cost-effective charging solution for our needs. To future proof the installation, the team created an infrastructure that allows for additional charge points to be connected as needed. This planning also took account of the good practice principle of only digging up the ground once, to minimise disruption to everyday business.

The coupling of energy efficiency savings with renewable generation has delivered clear and measurable benefits to our Ipswich office. Comparing May 2019 to the same period in the previous year, electricity import was down by an average of 29%.

How can your business benefit?

We saw incredible success at our Ipswich office – and want to replicate it with businesses all over the UK.

If you want to cut consumption, costs and carbon emissions, we’ve got a team who can help.

Get your business on the fast track to net zero in no time – today.